It's been a while since my last post.  I was crazy busy the past little while, but things look to be slowing down a bit for the next week or so.  I hope to have a couple more posts coming along soon.

So an update on my stockpile challenge.  It's been going pretty well.  I've had a couple non-stockpile food sources in the form of take out.  (Pizza, Indian and Chinese food)

As for purchases, I've bought some fresh produce (leeks, potatoes, cucumbers, bananas and pineapple), milk, eggs and bread.  Aside from that I've not purchased anything else (which was difficult when I was craving some potato chips ;P)

I've also found that I've been trying out different foods.  I tend to be one of those people who finds something yummy, then eat that every day for 4 days, then move to the next item.  There has been much more varity in my diet as of late.

I also found a creative way to switch up your food source without spending the money.  I did a soup exchange with my mother.  I made a pot of Potato leek soup, she did a pot of Corn chowder, then we met and exchanged mason jars of soup.  Now I had two totally different soups, but I only had to pay for and spend the time making one.  I've heard about this food exchange thing with some of the home bakers I know.  They do a cookie exchange where you have a group of friends (say 6 of you) each of you make 6 batches of your fave cookie.  Then you get together and exchange batches.  Now you have 6 types of cookies with only the work on one type.

So during this Stockpile challenge I've had to get creative with the foods I've made.  I've had to make some items from scratch.  Some of the things I made from what I had kicking around the house:
-Pancakes
-Maple Pecan Cookies
-Potato Leek Soup
-Sushi (subject of my previous post)
-Bao 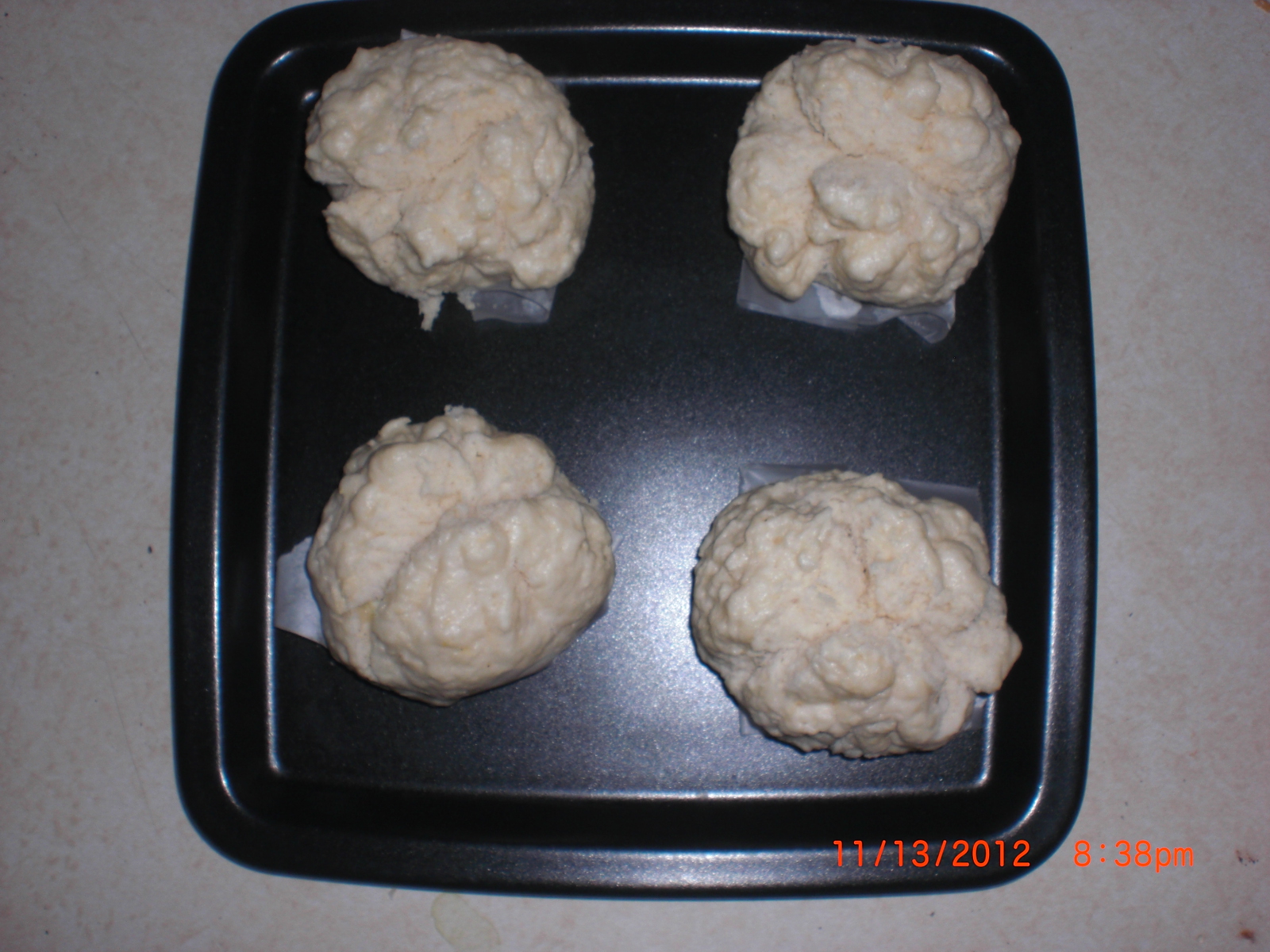 What is bao you may ask?  You know those steamed buns you get at the dim sum place?  Well they are super easy to make.  I used to make them all the time, but I just got lazy.  Well I cleaned out my baking cabinet during this challenge (to make it easier to make stuff from scratch) and I found the bag of bao flour.

You can purchase bao flour at a chinese grocery and now most chain stores that have an international section.
You mix the flour with sugar and milk, let it rise for 20mins then divide the dough (this makes 12 buns that are a little smaller than your fist)  Flatten out the dough and spoon in a tablespoon or so of whatever you want on the inside.  Then fold the edges up and pinch the top together (I'm still developing my bun closing skills)


Egg - I hard boiled an egg and cut it in half 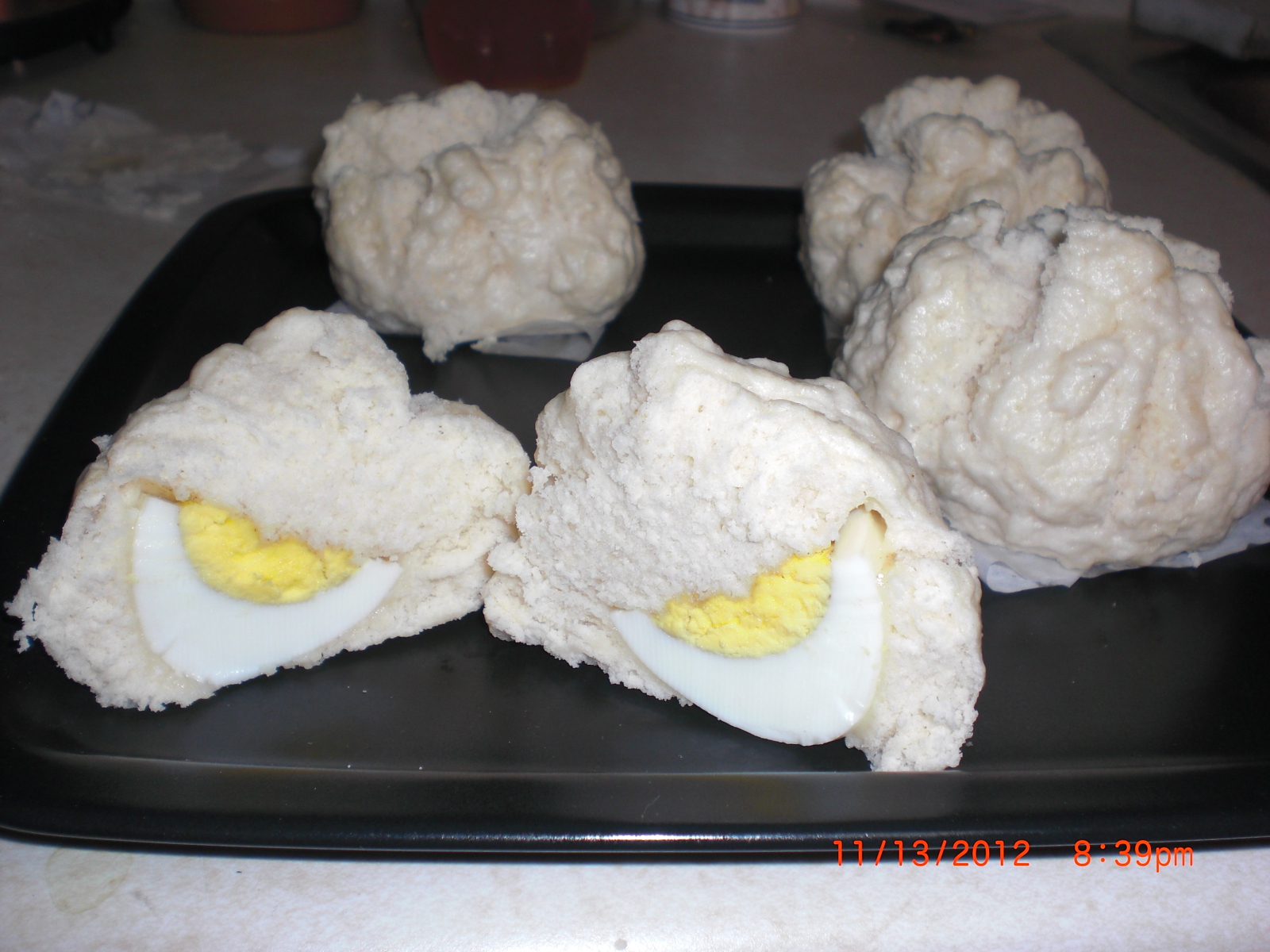 Falafel - I had these chickpea falafel like patties in the freezer I just cooked them, then crumbled them up and scooped into the bun 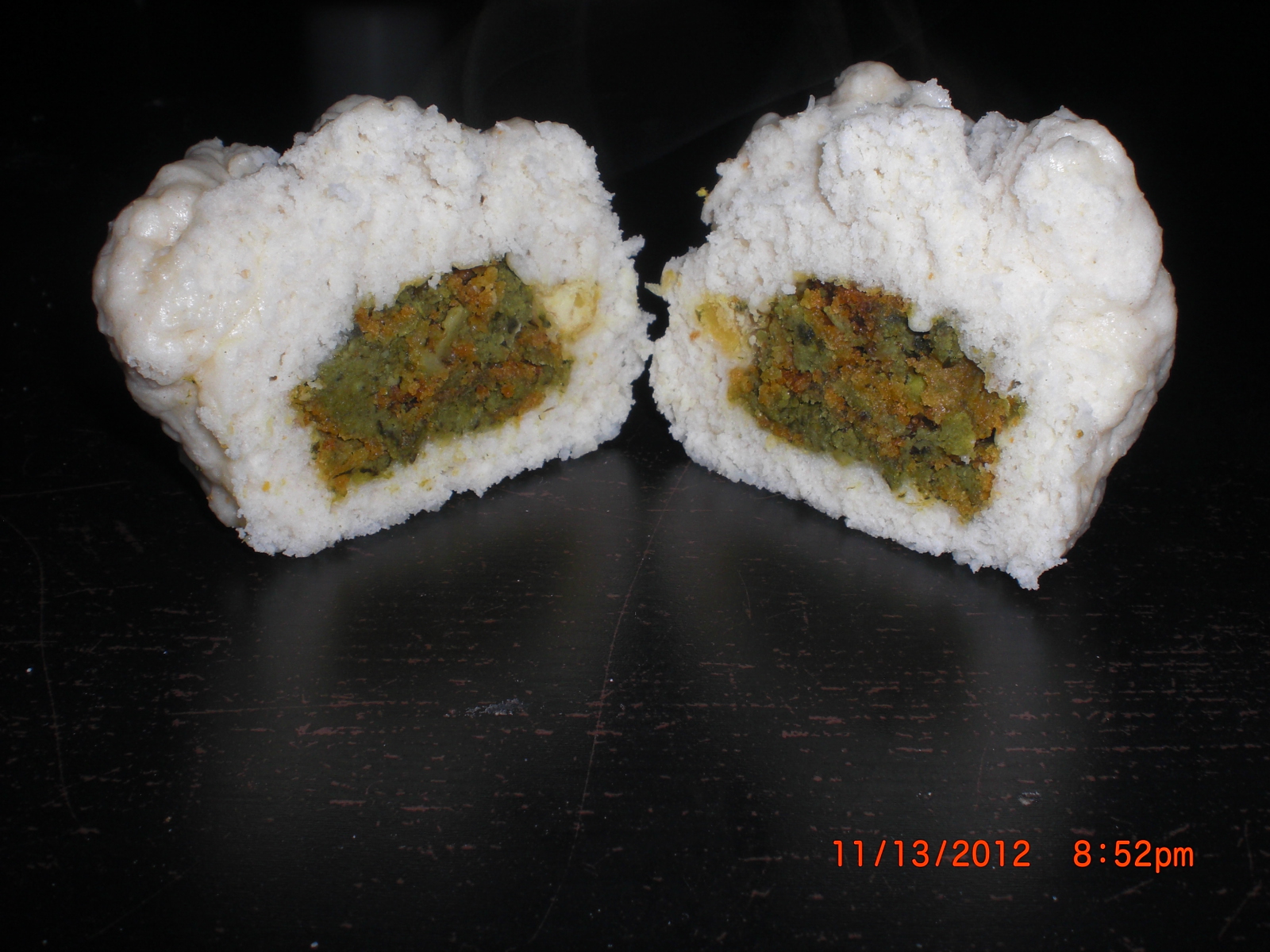 After you have stuffed and closed your buns then you steam them.  It's best to use a bamboo steamer, which you can get pretty cheaply, again at a chinese grocery.  Steam them for 20 minutes (make sure to put them on pieces of waxed paper or they will stick to the bottom of your steamer)

Years ago my meat eating friends mad bao using mini sausages.  They just snipped open the casing and squeezed them into the buns.

So that's what I've been doing with my Stockpile challenge.  My next post will be about food for when the power goes out.

Be prepared and survive!
~Kate